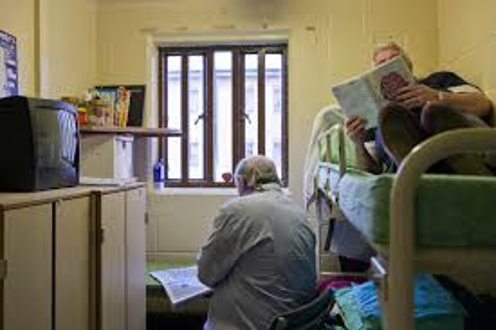 HOW COVID HAS AFFECTED THE CRIMINAL JUSTICE SYSTEM

All 117 prisons have, effectively, remained closed to all outsiders during the Corona Crisis. Family visits, education, workshops, religious services, inspections and other safeguards and support have, more or less, stopped. Probation and post-prison services have been provided mainly by phone (if at all..). People serving sentences have been locked in their cells for 23 hours a day.

During the first lockdown prisons were very effective at keeping the virus out. Some 23 people died of Covid-19 in prison up to September. Morale during the first wave was reportedly high. As the whole country was in “lockdown” many people inside felt, they had a rare opportunity to “do their bit”. “We were all in it together…” Not quite.

When the lockdown was lifted in July, the mood has darkened in prisons as their lockdown continued. It’s been 9 months of “solitary” for many. Governors and staff now have serious concerns for the mental health of prisoners. Looking at the self-harm figures to September 2020 – they are still at 49,000 reported incidents. That is the same as last year. Without the drugs, bullying and violence, many of us expected that figure to come down.

Structurally and culturally, as organisations, prisons have been operating in crisis mode for months and coming out of it will be difficult and slow for many. Staffing levels are at a level that, even if they were allowed to unlock, many would find it hard to do safely.

Some Good Things have come out of Covid, changes that were way overdue, for example, “online” family visits and accelerating putting phones in more cells. The circulation of drugs has reduced and the associated debt, bullying and violence. Prison Officers have had more time to talk to people and everyone has felt the benefit.

However, ultimately, overcrowded, understaffed prisons, with big elderly populations are perfect hosts for Covid and have felt they were in a fight for their lives. They have reacted as command and control cultures do. Prisons are in triple lockdown: they have their own internal situations (in terms of their number of Covid cases and staff resource); centrally imposed regulations from the MoJ (guided by Public Health England); and on top of that, they face the same restrictions we all do at local and national level. Room for nuance is close to zero.

The remand population has skyrocketed during the crisis, as courts have been operating at a vastly reduced capacity. The backlog of trials was nearly 50,000 before Covid. Trials are now being scheduled for 2022 and some predictions are for a backlog of 200,000 by 2024. Courts have opened up a little more in recent weeks. However, thousands of un-convicted people have been kept in close to solitary confinement for almost a year. One third of those people will not be convicted of any crime.

The knock on effects on prisons of this huge backlog is obvious – we will have to build more. And people, (victims, witnesses, defendants and all their families) will have to wait even longer for an increasingly precarious form of justice.