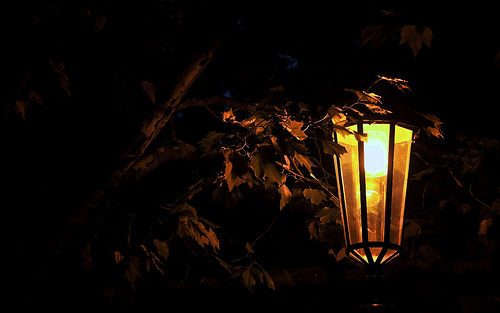 ‘Light Up, Light Up’

This post is part 2 of the series, ‘My Experience in Prison’, which charts a few days that Will spent inside the prisons where we work. The account is made up of observations, encounters and conversations with guys in Beating Time’s choirs and seeks to provide an insight into the experience of prison life. This episode is set in HMP Brinsford, a young offenders’ institution near Birmingham for young men aged 18-21. It was in local news recently because of its shocking rate of self-harm.

In the post (and series) that follows, some of Beating Time’s team of musical leaders will be name-checked, but they are all at the heart of the good that is described. This group includes Pete, Katy, Claire, and Gina: a kind, unflappable, inspiring, talented, patient and endlessly good-humoured bunch of mavericks!

[Monday. Just after 10am; a large, square portacabin reminiscent of a school classroom. Four large windows look through a fence onto the visitors’ car park outside.]

“Light up, light up

As if you have a choice

Even if you cannot hear my voice

I’ll be right beside you, dear…”

I must admit, before today at least, that I’ve never quite seen the appeal of Snow Patrol. But the intense feeling of this moment – a circle of 18-21 year old ‘young offenders’, side by side, faces alight, voices loud – lends the lyrics fresh meaning that is suddenly overwhelming.* One of the group has entirely forgotten about his song-sheet (to this point he has been using it to cover his face, but it now hangs by his side) and stands quietly transfixed by the words and melody. Another, Lucas, has figured out a line of harmony and is relishing the way it hums and blurs with the voices around him. Even as the song reaches its crescendo, a strange calm falls over the room and the whole group stands motionless; listening, singing, briefly held together.

Just 5 minutes before, Lucas was shuffling around the walls, yelling in a loud, theatrical Scottish accent and breaking the window blinds off their fastenings. In fact, for most of the 2 hours we spend together, Lucas is skittish: he rocks on his chair and kicks his feet, his attention thrown outwards in a scatter of flickering eyes and twitching elbows. Katy tells me that the week before he had arrived at practice with a deep, half-healed cut on his neck – sliced open in a fight. There was a surreal awkwardness, she says, in having to pause midway through the practice to hunt for tissues: “Lucas, you’re bleeding”.

This week, we break early for tea. After a short pause, Mikey, a tall, lanky guy I’m talking to, reflects to himself, “You know, I just see myself coming back”. To prison? “Yeah, again and again. I don’t really see it any other way…” He doesn’t appear obviously upset by this statement, just blank and a little bemused, as if he has only half-surprised himself with this realisation. “You see, where I’m from, they know me as a thief. That’s just what I am,” he rocks on his heels; “I was let out 2 months ago, I went back home. I was in one of those hostels for a bit, then I was homeless, and then…” It transpires that this is Mikey’s second practice since returning to Brinsford. Some quick mental maths makes that just over 6 weeks outside.

We return to the singing. A glossy Charlie Puth hit this time, which seems surprisingly popular with the guys despite their earlier self-consciousness. Although he claims he’s only here “to get out of his pad”, Mikey is especially keen and adds his own accompanying dance moves, raising his fist in front of him superhero-style every time the words to the verse repeat: “Superman got nothing on me”. It’s difficult to forget the way he just phrased it – they know me as a thief. That’s just what I am – but I can see something change in this small act: an outlet of hope. For a second, maybe, he imagines himself differently: ‘thief’ becoming hero.

*To get a sense of this scene, you can hear a great recording of the song (Snow Patrol’s ‘Run’) performed by our choir in HMP Durham by following this link.