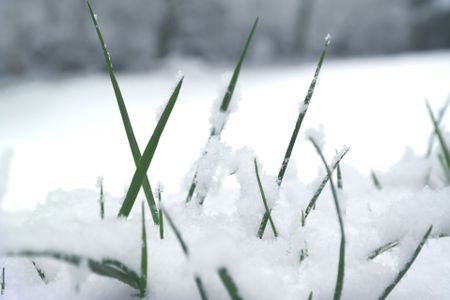 ‘Something Different: Solos on the Hill’ – Ophrys

In late December, the choir at Rye Hill chose to spend a practice singing solos to each other, sharing songs that mean a lot to them with the rest of the group. This resulted in a wonderfully eclectic show that ranged from Les Miserables to Elvis, 70s classics to Mumford & Sons – a selection you can see in the track list at the bottom of the page. Each performance was given with enthusiasm, sincerity and a huge amount of talent!

In this blog post, Ophrys (who was also one of the performers) looks on, describing the event and the positive atmosphere it produced amongst singers and audience alike – an uplifting picture for the New Year ahead.

Something Different: Solos on the Hill

For the choir, the Christmas festivities kicked off on the morning of Tuesday 18th when individual members took turns to sing to the rest in their own individual ways. Such events create an air of excitement amongst the chaps and feelings of goodwill & anticipation abound – well they certainly abounded that morning. We all looked forward to the show.

This time, while Gina took charge, Pete gave us each a brief rehearsal in the other room before our individual performances to the rest; accompanying us on piano or guitar. Once the 8 or so members who were to perform had rehearsed, the show commenced.

Gina was warming the audience up not with jokes or tap dancing routines as a traditional compere might but with us limb-shaking, pulling facial exercises like ‘chewing’ and mouth stretching; rubbing our faces, breathing exercises, exhalations to a note and similar. The choir ‘warming up’ is a sight to behold, let me tell you, & rarely seen by most. When we followed Gina’s gesture of her hand going from low to high to low to high & accompanying that gesture with a one-breath ‘ooooh’ in pitch we sound like an eccentric human siren. Nice? Well, we think so, & of course there’s the unity to it all.

The show started with one of our brethren, who I’ll call Mr Jolly L, belting out ‘Rudolph the Red Nosed Reindeer’. Not only was the song in tune & in time but, more importantly the wisdom of starting the proceedings with this number immediately became evident as the Christmas mood gripped the audience (who sang along lustily). Mr Jolly L sang it twice through & one felt another 2 or even 3 times more would not have been out of keeping; but Pete on the piano drew the song to a close. Like a true impresario, he knew how to keep an audience wanting more, & more they wanted.

Next up was The Crooner who, with the correct (accurate) facial expressions, movingly mimicked Elvis – the ‘King’ – in a stirring rendition of ‘She’s Not You’. For a good 3 minutes or so, we were all back in a 50s dreamscape maybe thinking of Memphis, Tennessee, kicking our legs on the bayou where our girl (or guy?) was – or, in the case of the song title, presumably wasn’t. The audience went wild, hollerin’ and cheerin’. Christmas goodwill ricocheted around like bullets in a Wild West shoot out. One could almost feel Santa, or perhaps St. Nicholas himself, watching gently over us whispering “well done you fellows”.

Our tallest member next sang a ballad, accompanying himself on guitar. It was a fine song but the title escapes me [Ed: ‘Hands to Heaven’ by Breathe]. It was delivered with passion and the heart-breaking lyrics moved the audience – one could have heard a pin drop, so to speak, if the singer wasn’t singing, so charged was the atmosphere by his performance.

Other acts followed & the audience was generous in its applause and encouragement. It was a good atmosphere, it really was.

This blogger rather lowered the tone of the event with a performance of Irving Berlin’s ‘I Wonder Why’ that included a few pantomime-dame-like actions. Included to bring ‘atmosphere’ to the performance, and perhaps a little love-lorn pathos too, the effect somewhat backfired & ‘whoops’ and, dare I say it, ‘cat calls’ ensued. What was intended to be ‘moving’ caused hilarity but, what the heck, the show went on & generous words of appreciation afterwards rang out.

It all went well. We all had a good laugh & later returned to our wings, whistling, humming and quietly singing our favourite bits to ourselves.

Well done the choir, and their intrepid leaders – and a Happy New Year!

She’s Not You – Elvis

I Love to Love – Tina Charles

I Wonder Why – Irving Berlin

Shadow of a Lonely Man – The Alan Parsons Project

Holding Back the Years – Simply Red

Bring Him Home (from Les Miserables)

Friendship (from Anything Goes), performed in duet by Pete & Gina